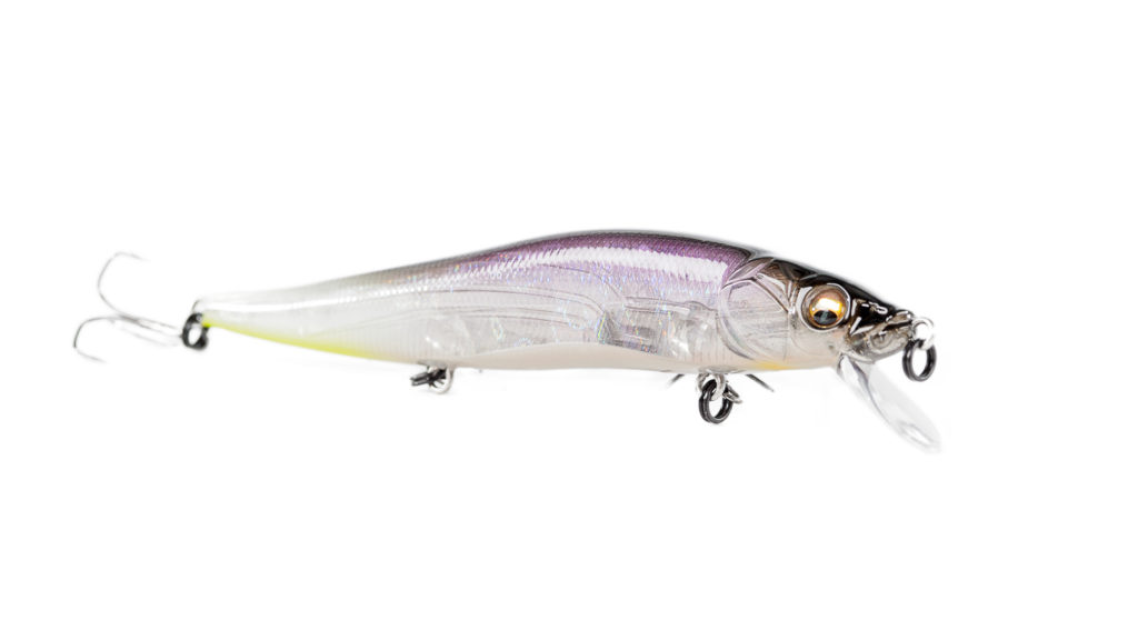 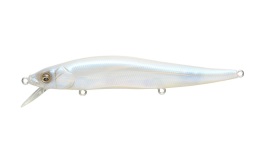 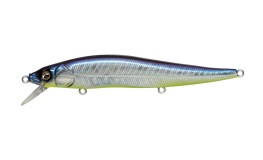 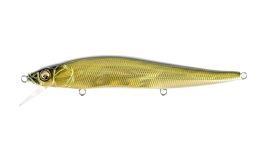 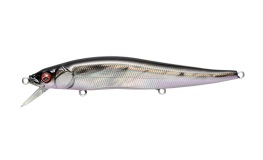 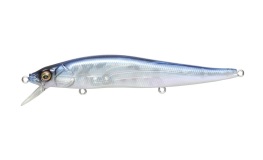 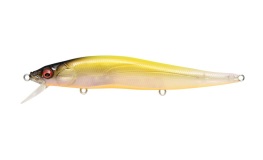 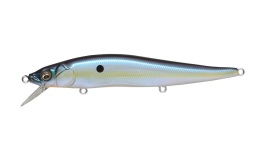 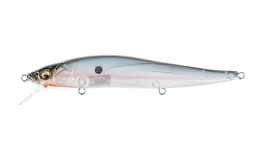 The VISION ONETEN SILENT brings deadly stealth to the undeniable performance of the ONETEN jerkbait, unleashing a new weapon upon tournament waters. By consolidating the balancers of the original ONETEN into a single, fixed weight, the ONETEN SILENT is poised to strike from any position. This not only preserves the storied action, suspend setting and head-down posture of the original ONETEN—it perfects it.

When jerked, the ONETEN SILENT’s sole weight acts as a pure pivot-point, eliciting impossibly sharp and acrobatic action and intense flashing, tempting targets across a wide area. When the ONETEN comes to its familiar nose-down rest, it does so with one last tantalizing, life-like quiver—almost as if the bait itself were trembling in anticipation. The ONETEN SILENT will capture the hearts of wary targets, eliciting key bites in the most pressured conditions. Tuned by STW, the ONETEN SILENT has been perfected for North American waters, placing a deadly new weapon in the hands of serious jerkbait anglers everywhere.